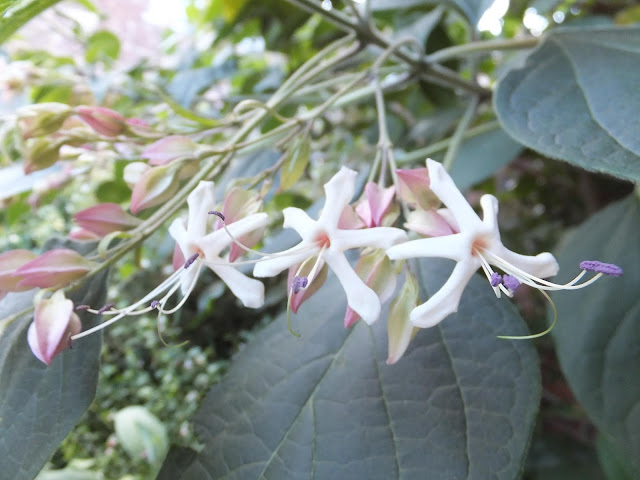 Clerodendrum trichotomum
More after the break. 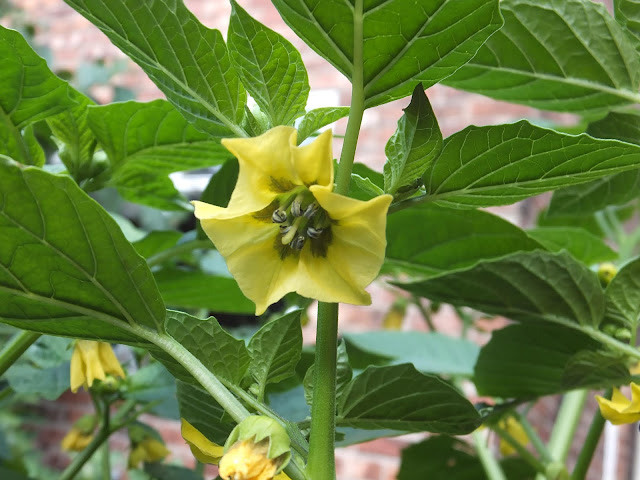 I grew two plants of a green Tomatillo this year. There was no name for the variety on the Suttons website.

More after the break

My Mum asked for a few pictures of the garden so I just popped out and took some wide shots. I will add some of the close-ups I have done in the last week. I will add a few more close-ups of plants over the next weeks in separate posts, hopefully.

I have a 5 metre by 5 metre garden. Rather than constantly adding annuals and tender bedding plants I believe in putting plants in the garden that are going to continue and increase for years. Which they have been, so it is now absolutely full.

Pictures after the break. 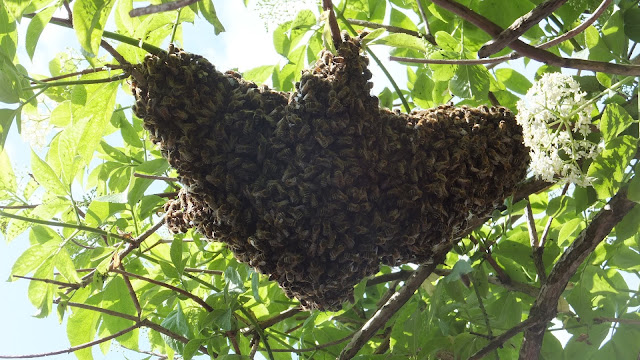 On the 1st of June I was walking along Brantingham Road where it meets Manchester Road in Chorlton, at about 5pm. I saw a young man pointing his phone into a tree. I assumed he was just a fan of elder-flowers until I got nearer. I could then see a few insects orbiting around a clump on a branch of the elder tree. The young man said he had called a bee-herd.

More pictures after the break.

There was once a British King who presided over a prosperous time, ruling from the city of Camulodunum. He regularly defeated his neighbours in battle to spread his rule. His father had already been so powerful that he was called King of the Britons. The young king fought against the armies of an invader across most of southern Britain for eight years before being defeated in a final great battle. He left the scene of the last battle alive and was then betrayed by a Queen who was having an affair with her husband's greatest warrior. The king did not die but went into exile in a far-distant and almost mythical land famous for the size and sweetness of its apples.

It was not King Arthur. This king is best known as Caractacus or Caratacus, the version of his name the Romans had used. He was resurrected as a hero of the British Empire in the 19th century because of his bravery in fighting a massive Empire, being British and being a noble, well-spoken loser. Even so, he is nowhere near as famous as King Arthur. The original name is thought to have been something like Caratauc or Caratacos. It is derived from a root meaning "beloved" like the modern Welsh cariad. Old Welsh has Caratauc, which became Caradoc. Modern Welsh has Caradog. Old Breton has Caratoc. The surviving Irish form of the name of Caradoc is Carthach or Carthaigh. The modern surnames Carthy and O'Carthy come from the same name. McCarthy derives from "mac Carthaigh" - son of Caratauc.


More after the break.

I decided to update the picture in the background to take out the discontinuity between the repeated tiles. So I took a new photo of a pinstripe ginger leaf (Alpinia formosana). I don't seem to have saved the cropped version of the original photo. It would have looked more or less like this:

I then flipped the image horizontally, vertically and both horizontally and vertically. Putting those four images together makes a tile that should tesselate perfectly. 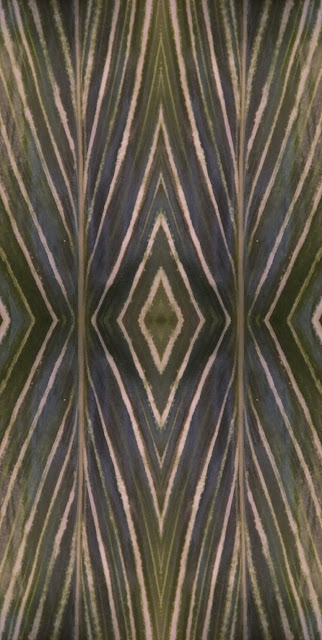 Here is a mosaic approximately the shape of my screen: 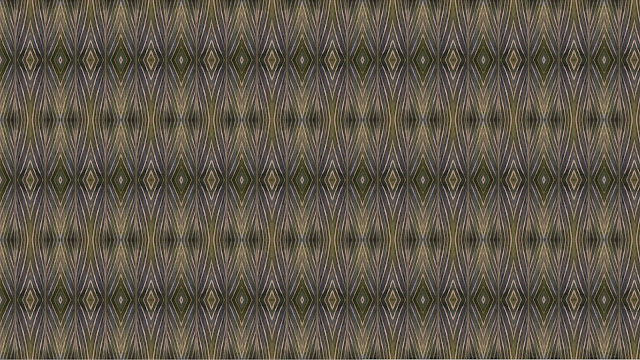 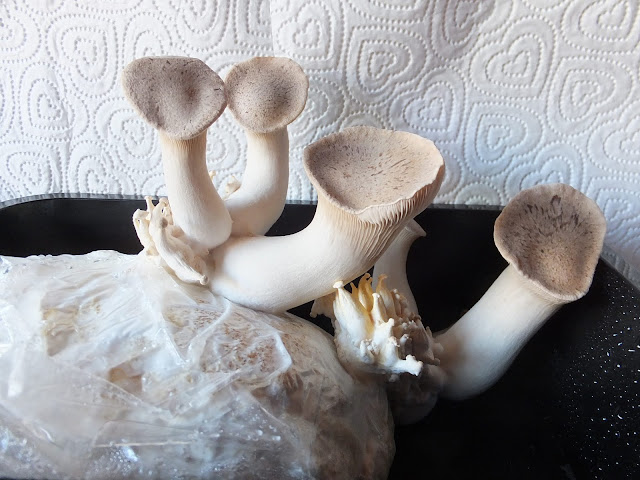 I have become tired of the poor quality and intermittent availability of oyster mushrooms in supermarkets in recent years. So I bought a King oyster kit from Suttons Seeds. It arrived less than four weeks ago. It was sitting in the little propagator they provide in a dark but well-ventilated cardboard box for two weeks and near a window since then. Today I had my first harvest. They are simpler to cultivate than the common mushroom. I got 175g of edible mushroom.

More after the break.

A paper was published in the online journal Internet Archaeology* in 2016 detailing a find from the previous year at Star Carr in North Yorkshire. They recovered a remarkable 11,000 year old shale pendant just over 3 centimetres (1¼ inches) wide. Many interpretations of the engraving were offered but most were a bit weird. I think the most obvious is that it is a carving of a duck.

More after the break.