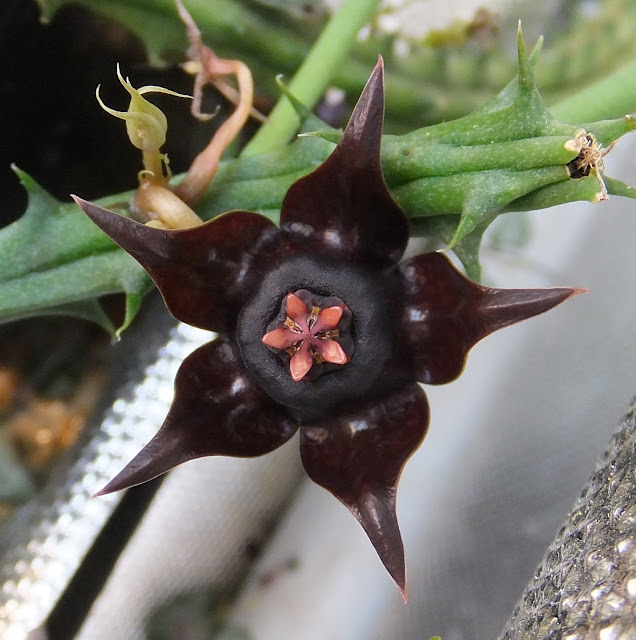 Here are a couple of photos of Duvalia polita N.E. Br of the Asclepiadoideae subfamily of the Apocynaceae, which used to be its own family of Asclepiadaceae. I grew it under fluorescent lights from 2013 to 2014 and it flowered abundantly for quite a long time. It started getting a fungal disease in some parts of the plant and I decided I could use the space better as it had started to sprawl all over the place, The flowers are very variable in colour and some are spotty. All of mine were this dark chocolate-purple, these being the only photos that more-or-less got it. Other variations can be seen under the entry at the SI Database at Stapeliads.net.

The seed came from the seed list of the marvellous International Asclepiad Society. Worth being a member for that alone, let alone the glossy magazine. 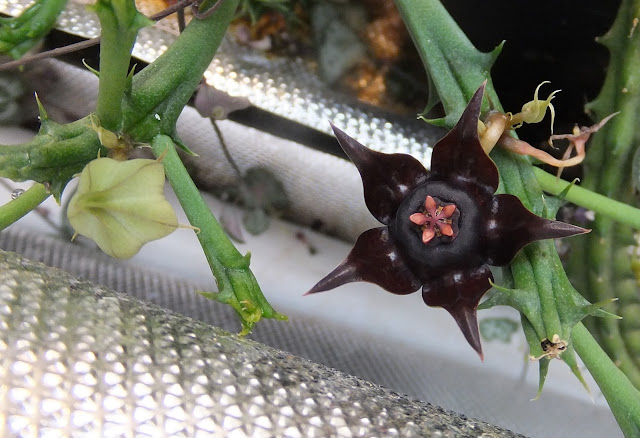 Welcome to anyone who finds this blog. I am just going to be posting my own pictures of plants. Some are my own, some are wild and some are in other people's gardens. I will identify the plants if I know their identities. 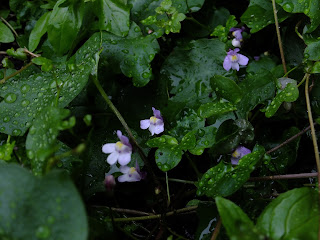 Here are a couple of photos of Cymbalaria muralis P.Gaertn., B.Mey. & Scherb. the Female Fluellen, Wandering Jew or Ivy-leaved Toadflax, that I took today. Apparently it is now regarded as a member of the Plantaginaceae, the Plantain family, though for a long time it was one of the Scrophulariaceae, the Figwort family. As there were previously only 3 genera in the Plantaginaceae the family has been expanded massively by the inclusion of the scrophs that some call Antirrhinaceae and some call Veronicaceae. The scrophs have been further depleted by removal of all the parasitic and semi-parasitic (such as Euphrasia, the Eyebright) genera to the Orobanchaceae and Calceolaria to its own family, as well as some smaller genera which were also excluded.

The plant has been eaten as a salad in its native Southern Europe and used for curing scurvy, according to Mrs Grieve. In Campania in Italy it is well-known as a remedy for malaria and is commonly used as a wound-healing poultice and for various skin conditions. (links download a .pdf).

Mine refuses to grow on my brick walls, despite them being well-aged and full of crevices. It seems happy growing in a compost-rich border with no direct sun. This might explain why I did not find it "acrid and pungent" as Mrs Grieve described. It did have a slight bitterness like a well-grown radicchio, though I only had a couple of stalks, a whole salad bowl could be a bit much, There is some suggestion that it could be slightly toxic to livestock though I could not find a primary source on the internet for that toxicity. 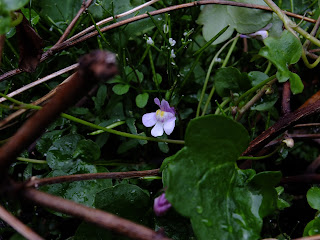