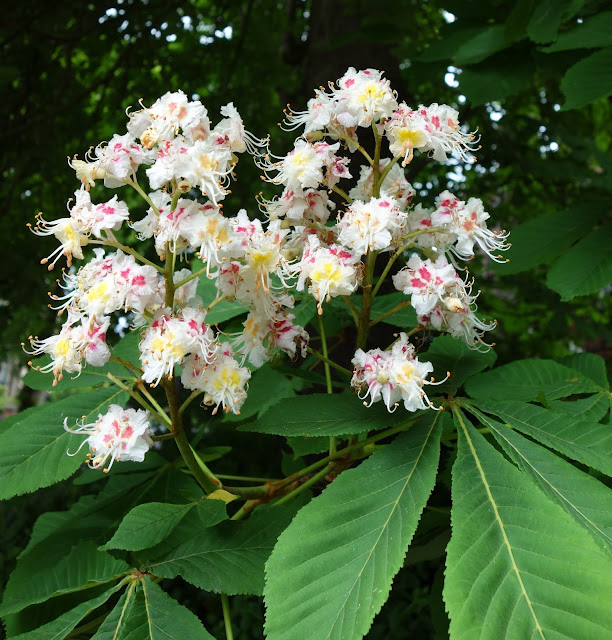 I went for a short walk today on a mission to get photos of horse chestnut flowers. I thought they would complement the article that I composed last September which touched on the history, seeds, uses, disease and chemistry of the plant. I managed to get a few nice flower photos.

The tree is planted very widely because of its ornamental virtues. It is a well-shaped tree with large ornamental leaves, impressive spikes, usually called candles, of spectacular and exotic flowers and spiky fruit with glossy brown seeds later in the year. 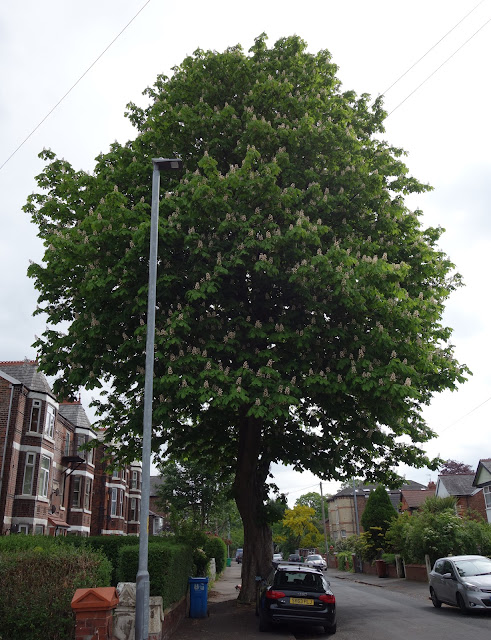 The mature trees produce a lot of flowers.

The leaves are vibrantly healthy and show no damage yet from the horse chestnut leaf-miner which will make the autumn leaves a dreadful mess. However, the tree and leaf-miner can co-exist quite happily. They have interacted in the wild for as long as both have existed. The tree can make enough food for itself during the spring and summer before the leaves get damaged in the autumn. 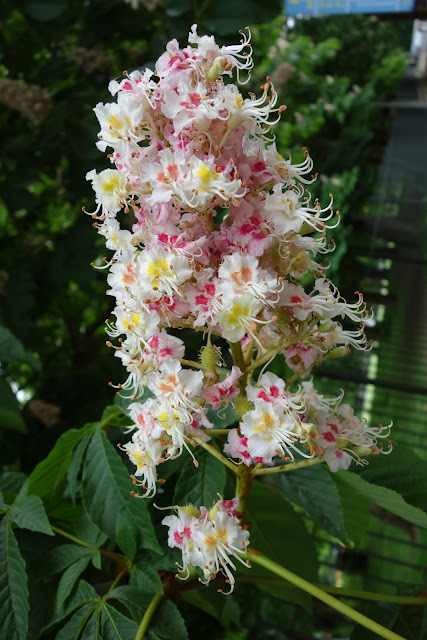 The flowers start white with yellow patches when they open but those patches deepen in colour rapidly until they are a deep rose-pink. In some of these trees in Alex Park the white parts also blushed to a pale pink. 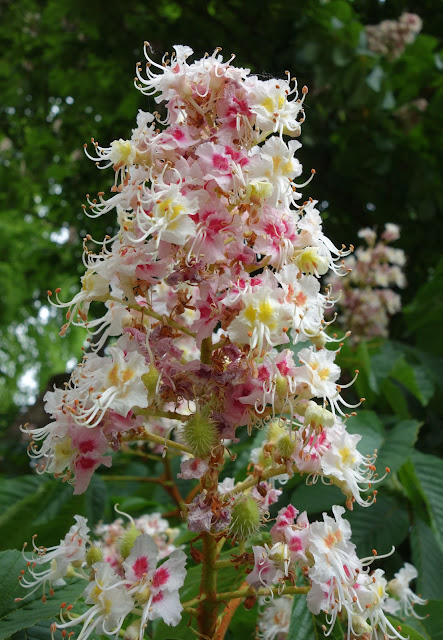 The very young fruit can be seen near the bottom of this candle,
already getting spiky. 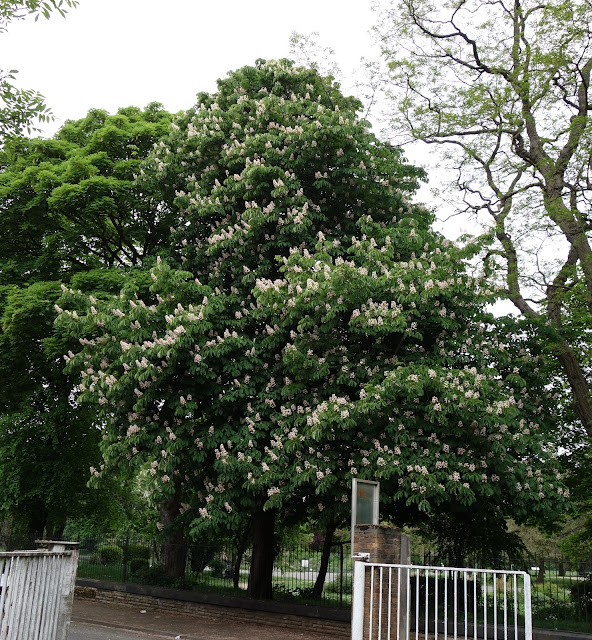 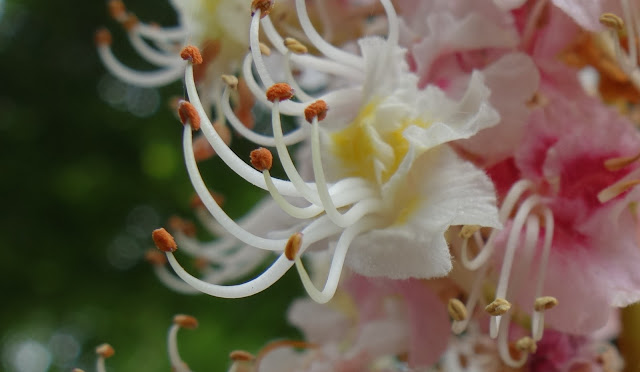 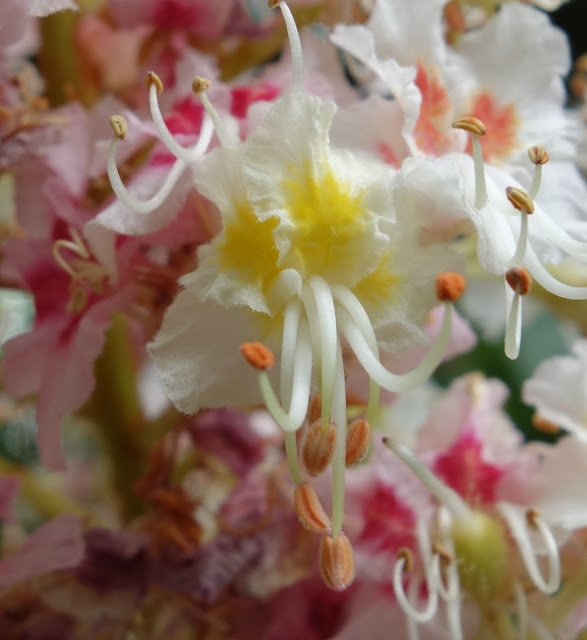 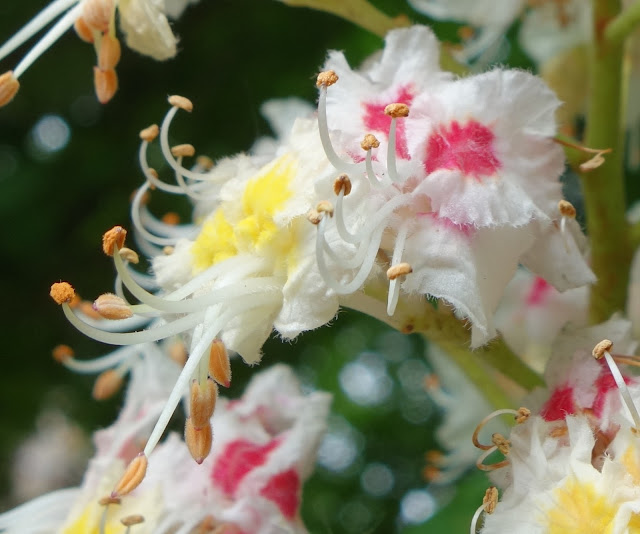 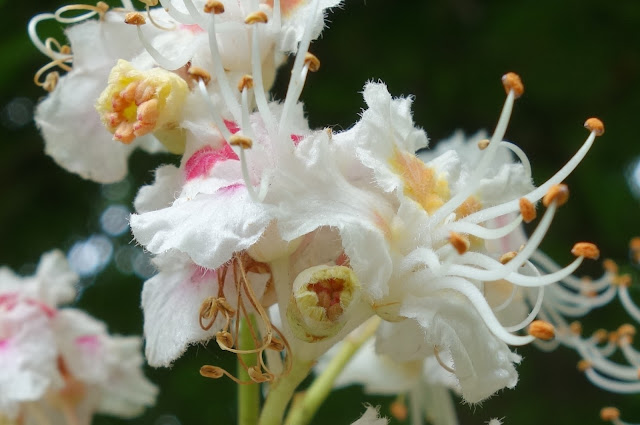 In the photo above, two opening flowerbuds can be seen. 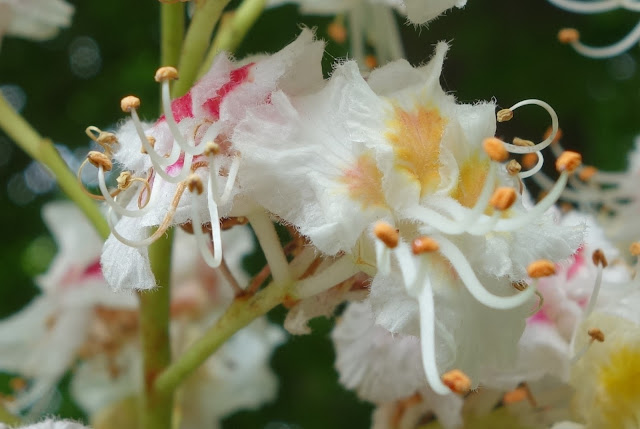 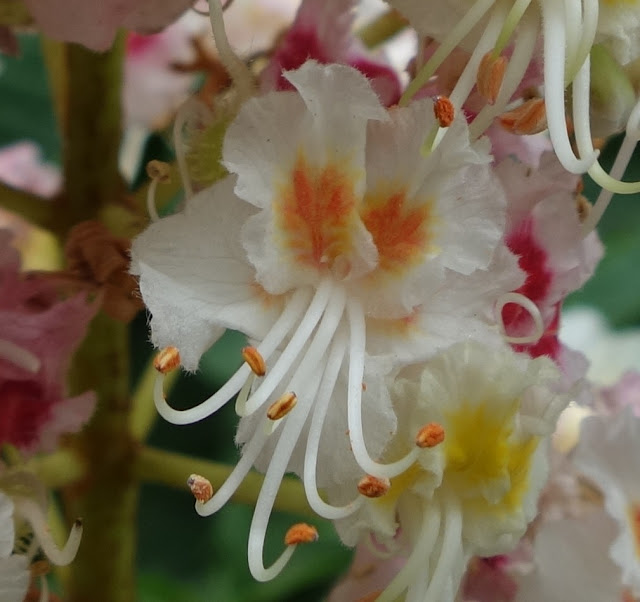 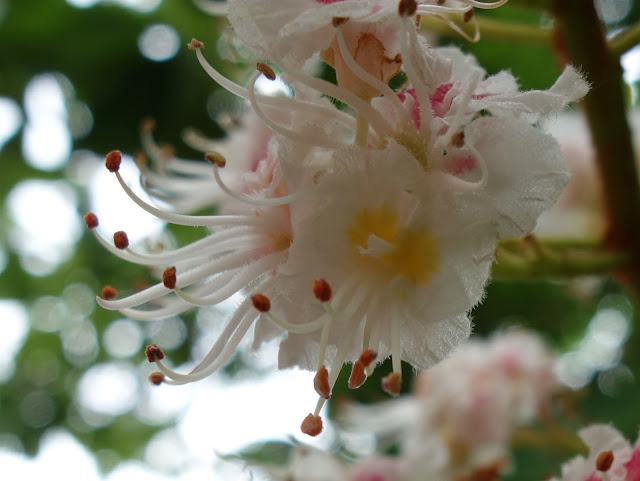 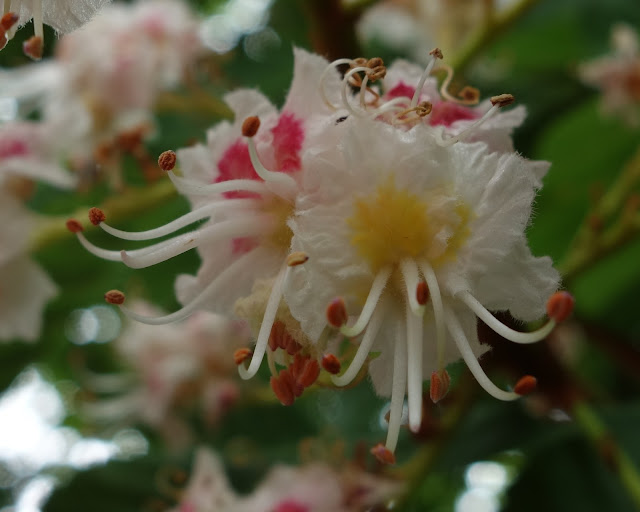 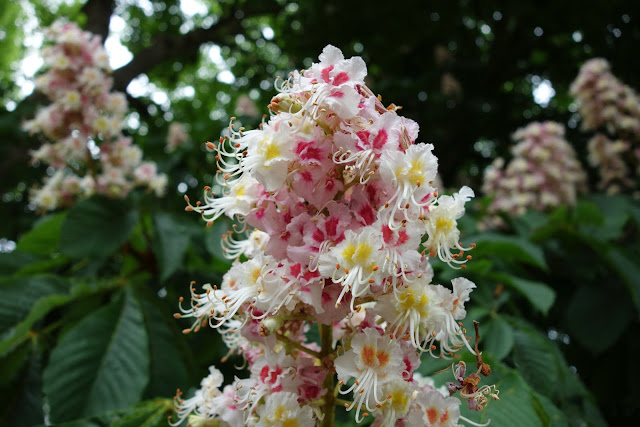 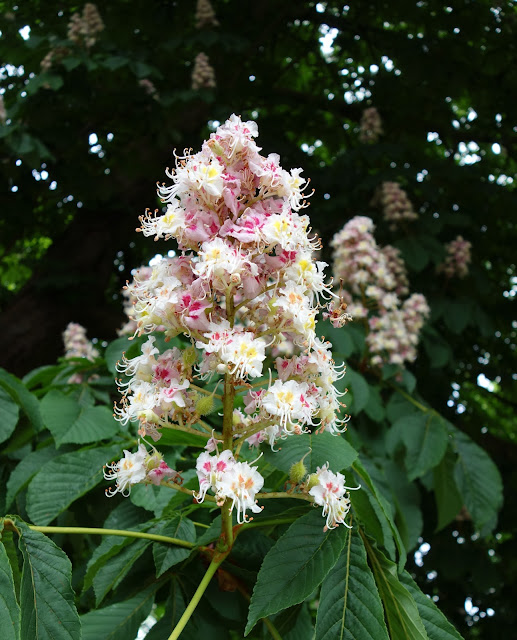 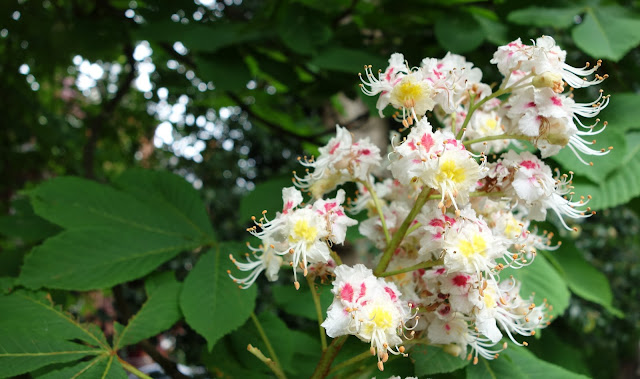 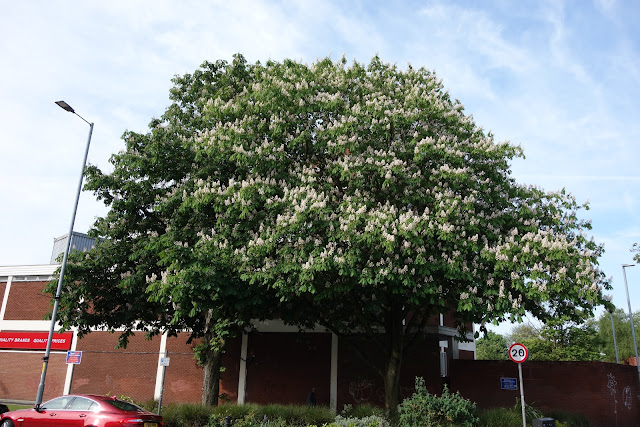 I photographed these two trees yesterday, by the Four Banks cross-roads in Chorlton.

The rest of the photos are repeats from a slightly different angle
or a different focus chosen by the camera. 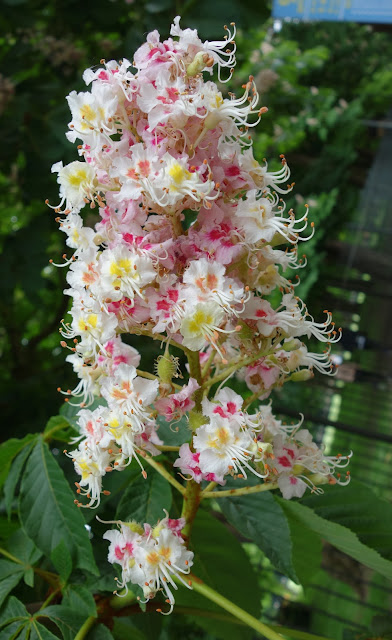 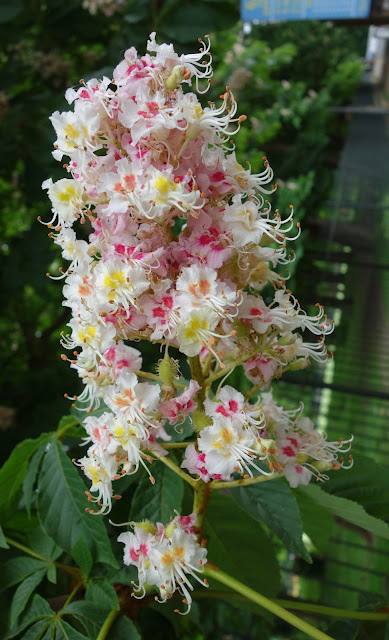 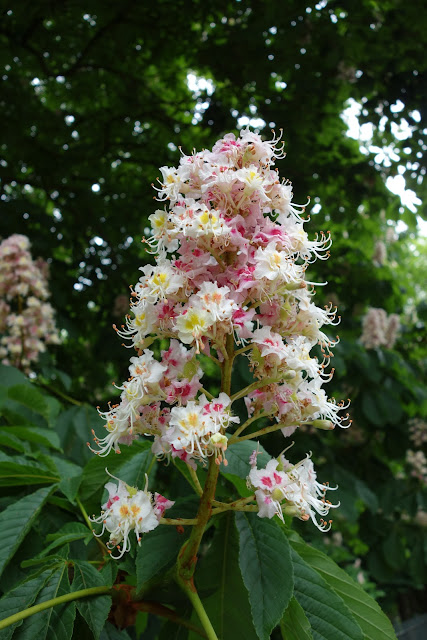 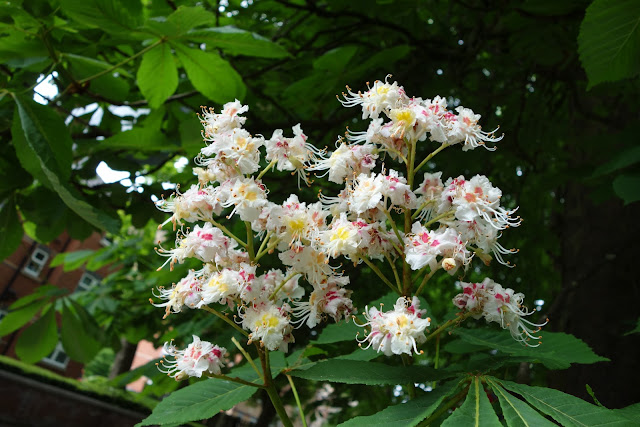